Virtual reconstruction of the of Verona’s Capitolium

“Discovering the underground Verona. The archaeological site of Corte Sgarzerie” is the new archaeological documentary produced by NoReal, commissioned by the Superintendent of Archaeology of Regione Veneto, with the coordination and scientific advice of Dr. Brunella Bruno, Dr. Dario Gallina and Dr. Giuliana Cavalieri Manasse. 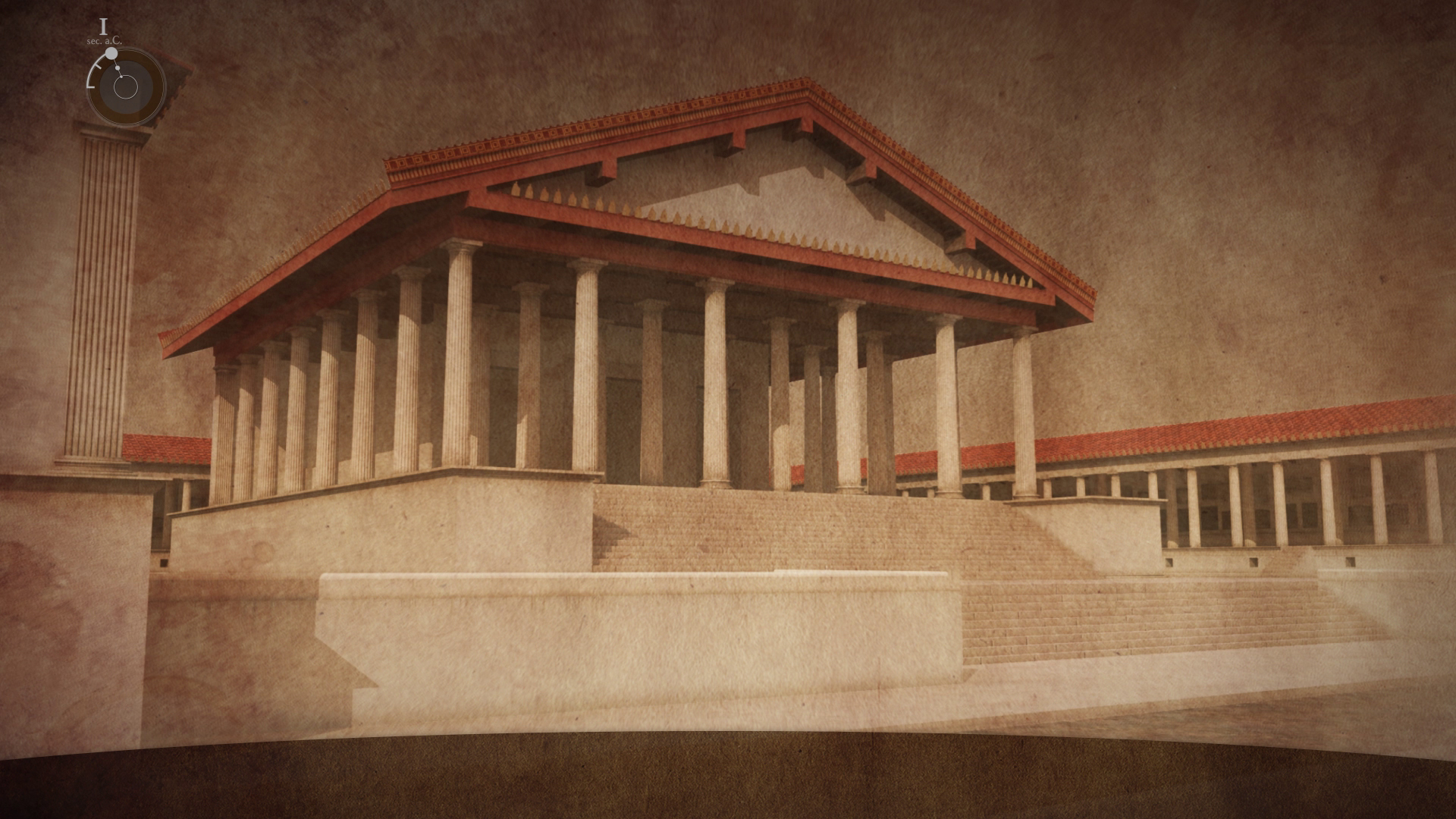 Scipione Maffei, well known erudite who lived in Verona in 1700, takes us through the scrupulous and complex anastylosis work of this great monument, whose foundations today can be found in the cellars and caves under the center of Verona, in Piazza delle Erbe, the current small area within which resists the ancient old Roman Forum.

The result, is a journey that begins and ends in the small but precious archaeological site  placed below Sgarzerie Court, where you can admire the great vaults fallen of the cryptoporticus and the later medieval additions.
Through the historical phases, starting from the Roman settlement and ending in the present, we can see the reconstructed structures of the Capitolium and the next phases of ruin. Scipione Maffei, wearing the dress of his era and shot with the aid of a green screen, presides the scene illustrating features and functions of the various parts of the monument which, in the key moments, are combined with the pictures of actual conditions of the site. 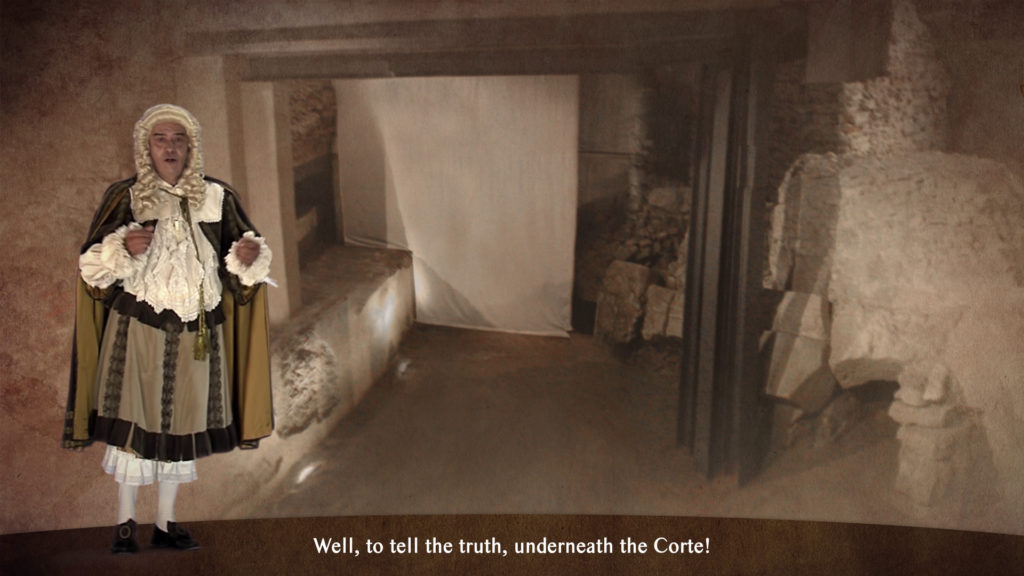 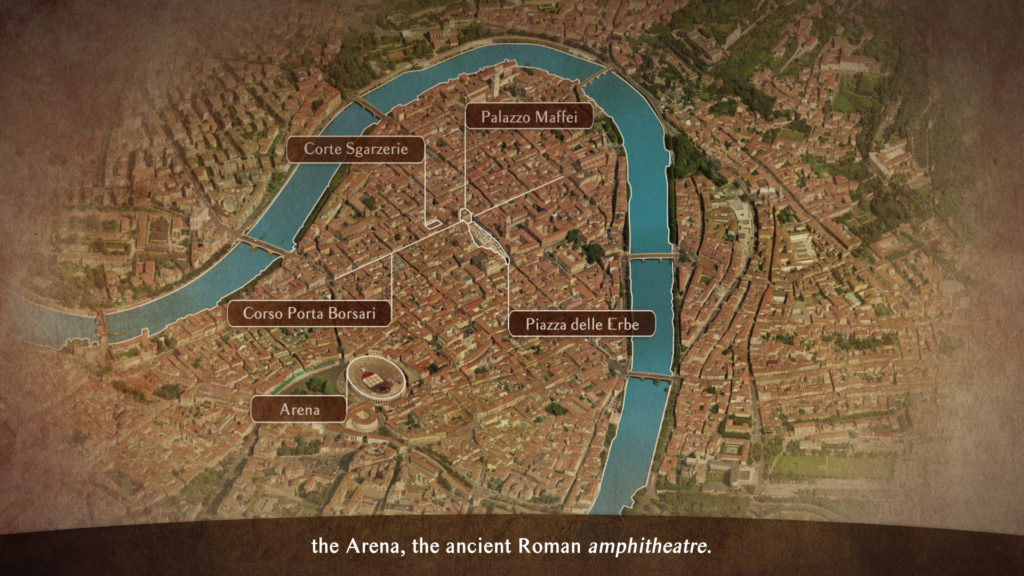 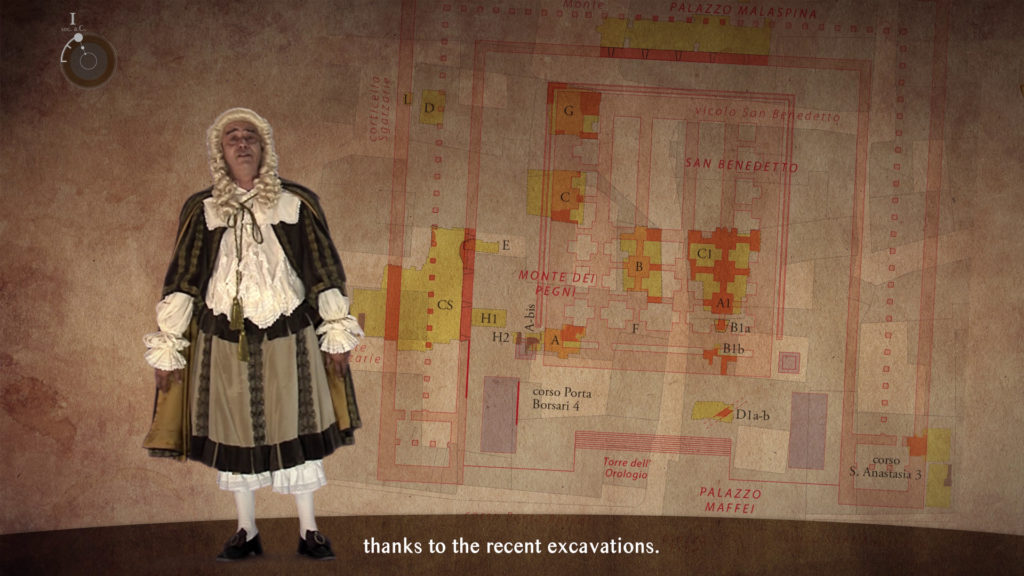 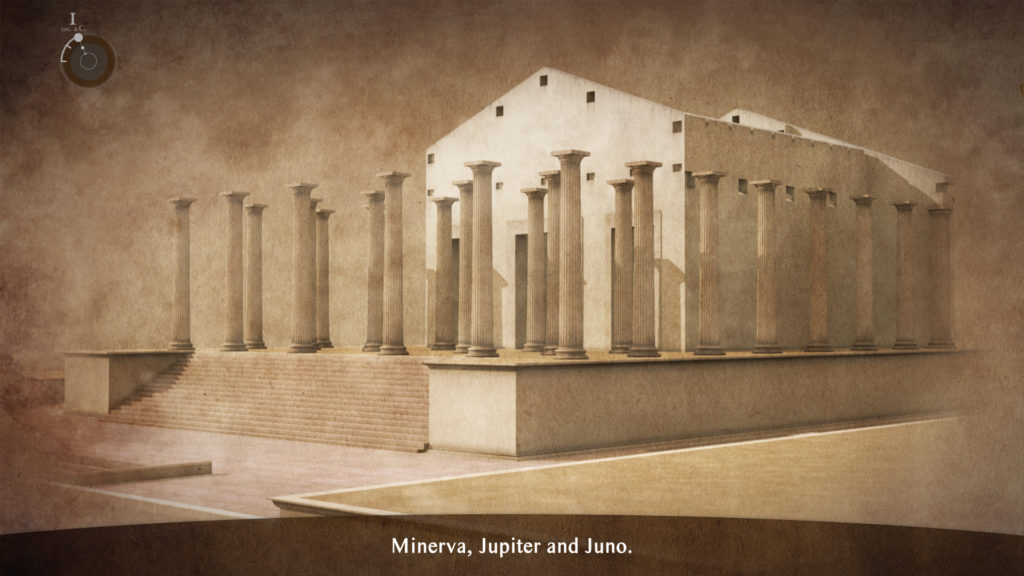 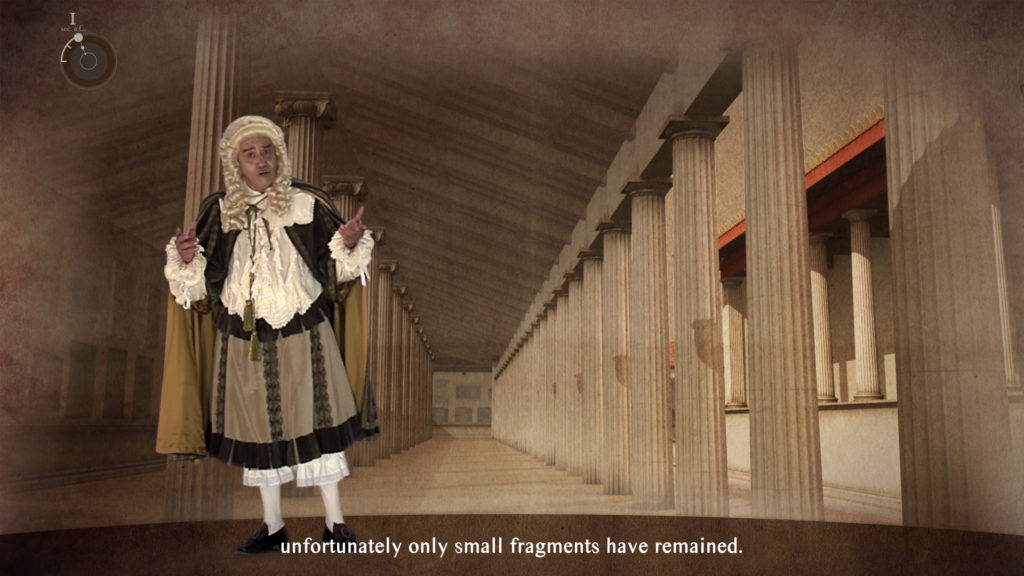 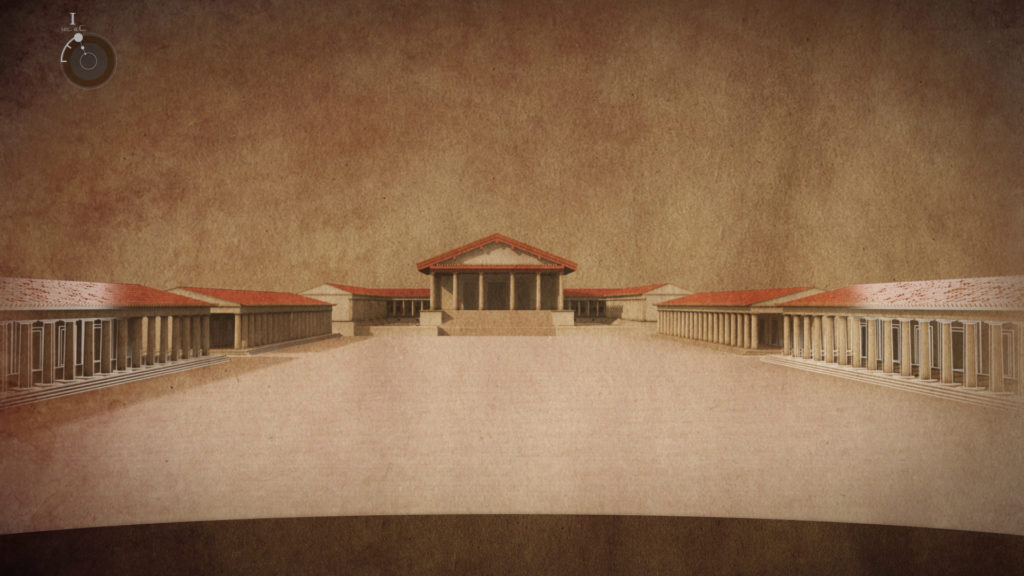 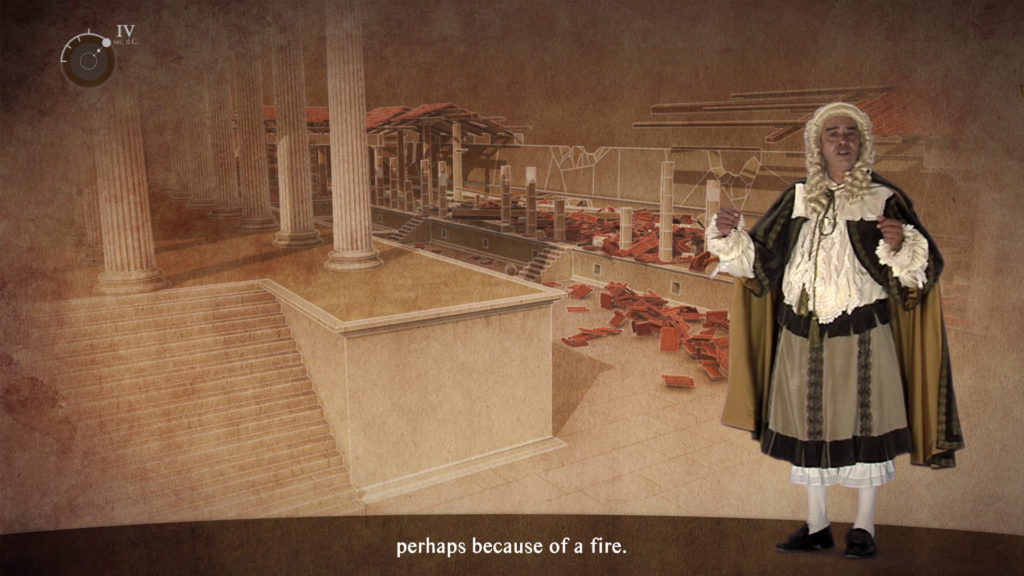 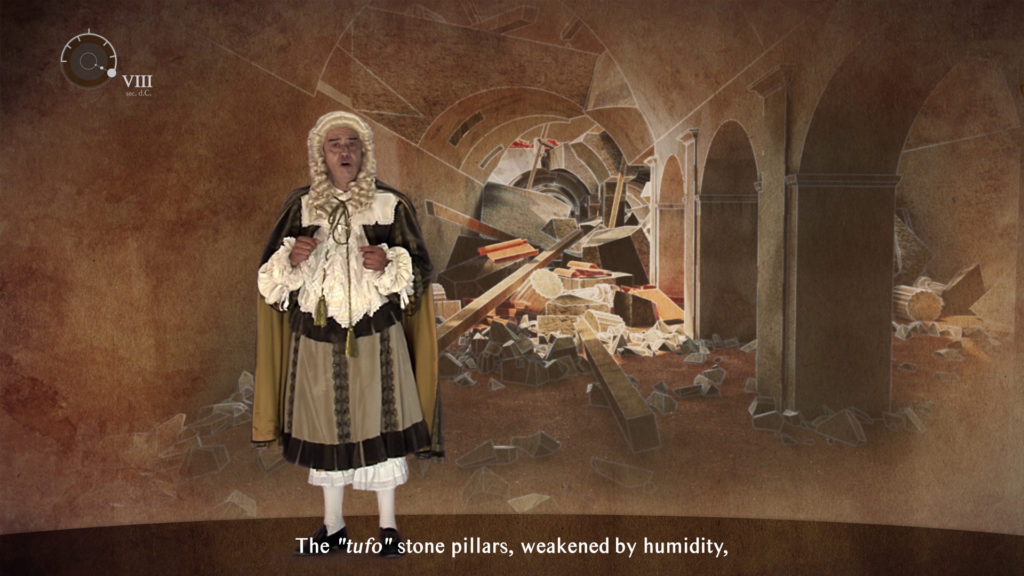 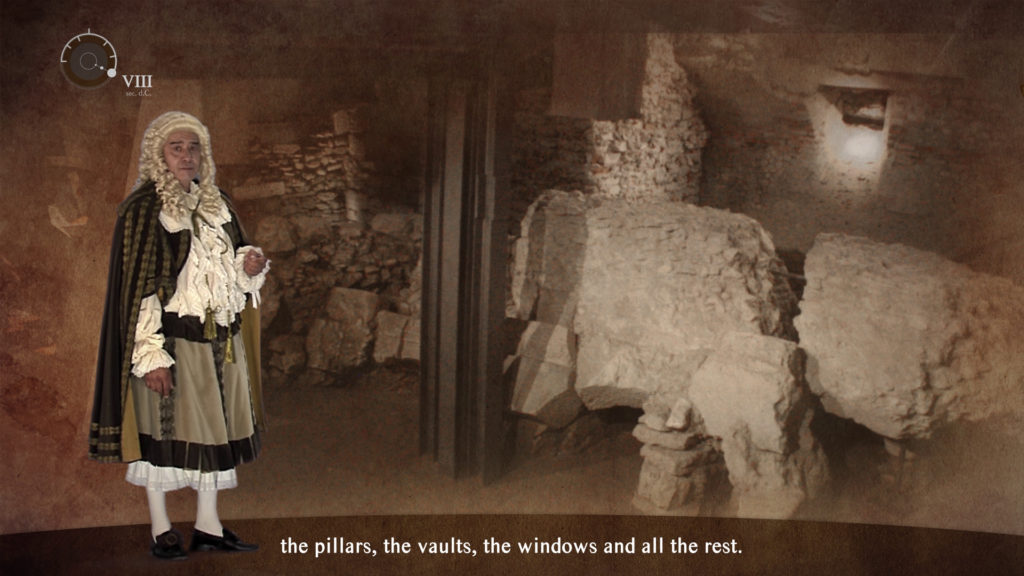 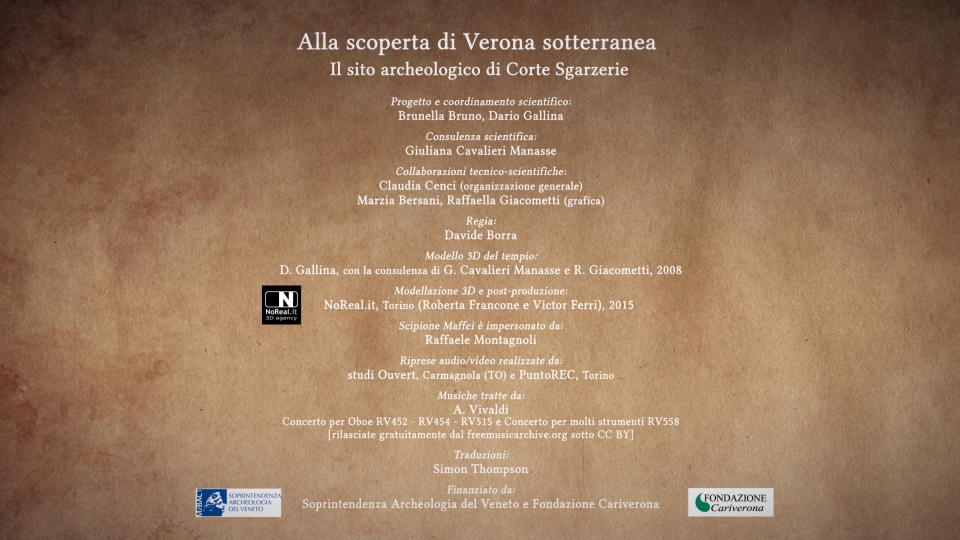 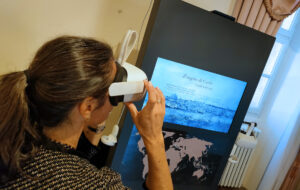 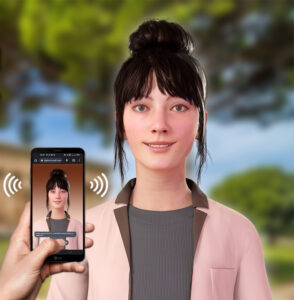